Hundreds of feet above the Hudson River, a nest box installed on the Governor Mario M. Cuomo Bridge provides shelter for a pair of endangered peregrine falcons. These birds can scour for and dive after prey from this high vantage point.


Please note: The falcons are wild birds and their behaviors reflect what happens in nature. Some of their actions may be unpleasant to watch and it is possible that some of the fledglings may not survive into adulthood. 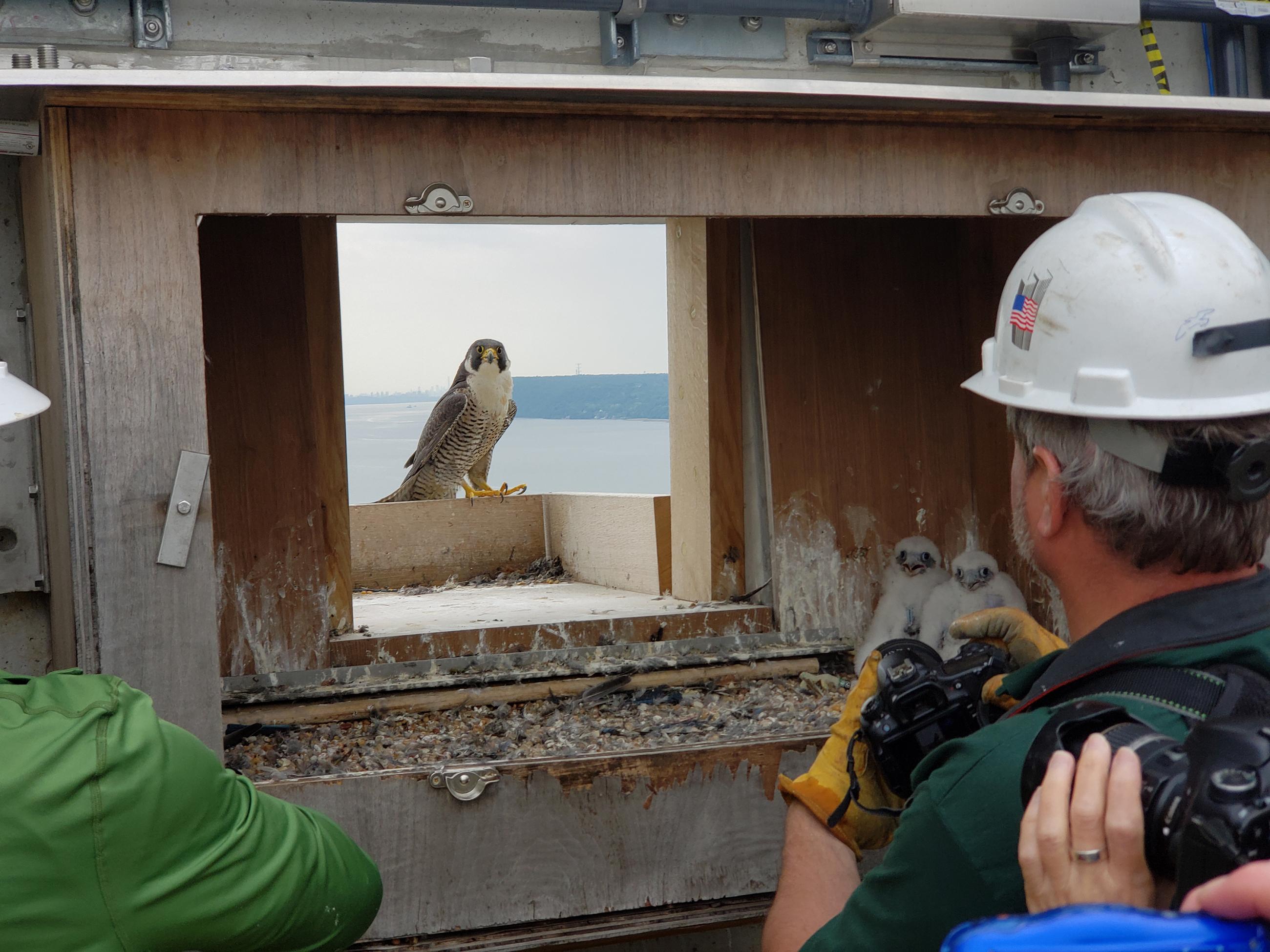