why was it replaced

In 1935, Congress approved funding for a bridge connecting Rockland and Westchester counties. Yet no amount of legislation could overcome the engineering challenges of a 3.1-mile crossing and differing foundation conditions. Fast forward 15 years and a brilliant engineering mind would lead the way to complete the once-impossible task. Still, no Act of Congress could make the structure last forever.  Replacement was inevitable. The Tappan Zee Bridge served long and well and in the face of considerable challenges. 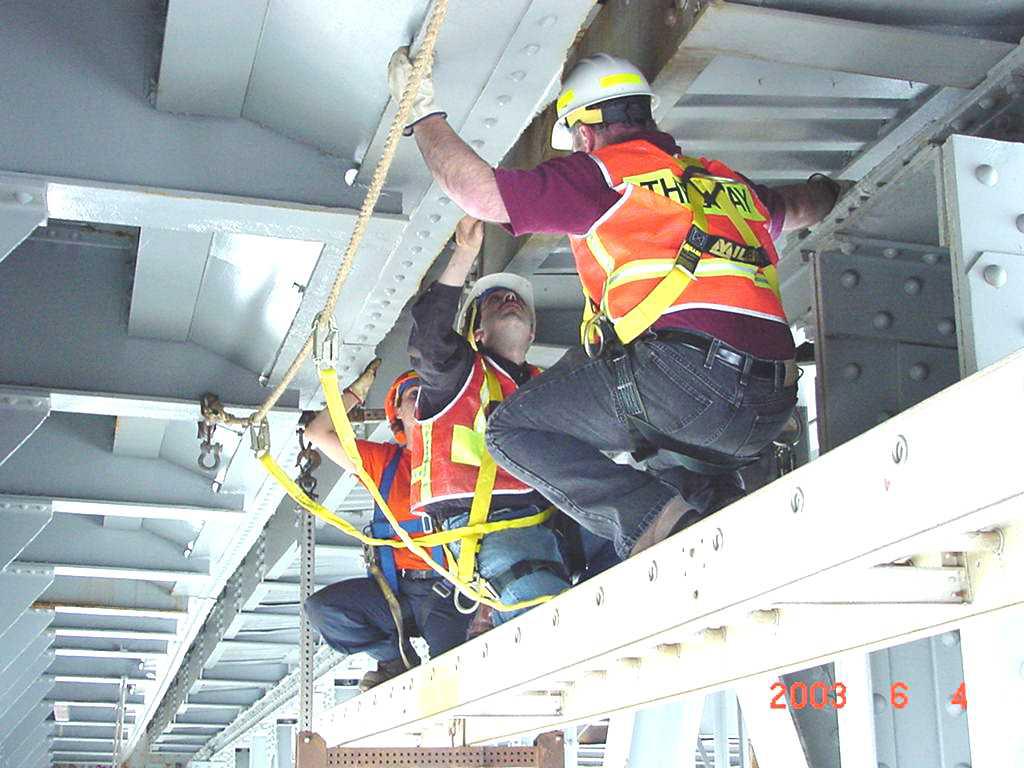 Rise of the Rush Hour

According to a local account, the first two hours of the bridge’s operation on December 15, 1955, saw 2,162 cars cross the span. The following year, the bridge would get its official name — Tappan Zee Bridge — and daily bridge traffic would number about 18,000 vehicles a day. Growth was in full swing on both sides of the Hudson, made possible by and in turn stimulating a dramatic increase in automobile use. By 1960, daily traffic rose to 29,000 cars and by 1970, it had more than doubled to 66,000. Spurred by economic development — and opportunity — in both Rockland and Westchester and beyond, traffic continued growing, passing 112,000 vehicles per day in 1990, then 134,000 just 10 years later. By 2010, the daily average exceeded a staggering 140,000. Major changes were now a necessity. 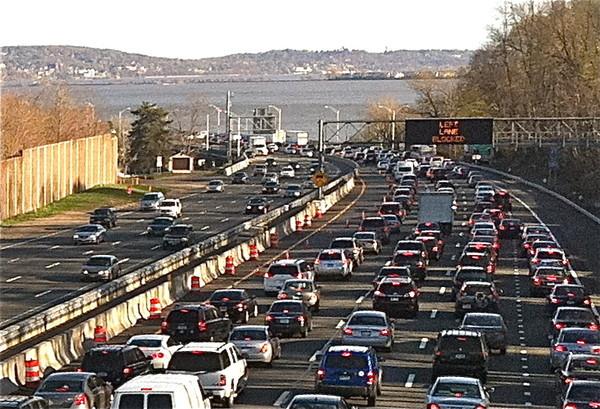 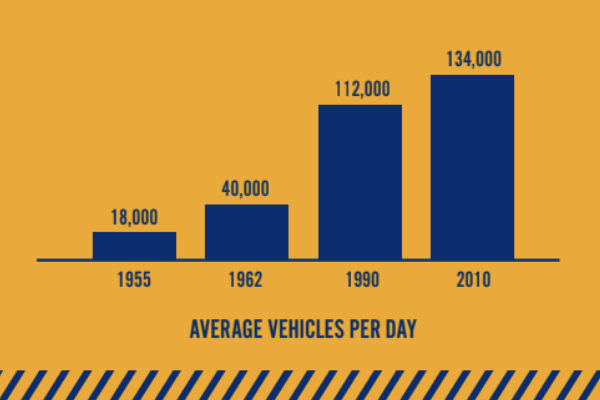 Average cars on bridge in 1992

A bridge once expected to carry no more than 100,000 vehicles a day was now demonstrably ill-equipped to serve the amount of traffic making the daily trek over the Hudson. The bridge originally offered six lanes. In 1987, in an effort to relieve traffic congestion, the Thruway Authority converted the bridge’s center median into a seventh lane, making the lanes narrower.

The extra lane helped for a short time, but the traffic continued to rise. In 1992, the bridge introduced a movable barrier known as “the Zipper” that allowed traffic in the center lane to be redirected during peak travel times. At that time, nearly 20,000 cars on average crowded onto the bridge during a typical slow-motion peak period drive. 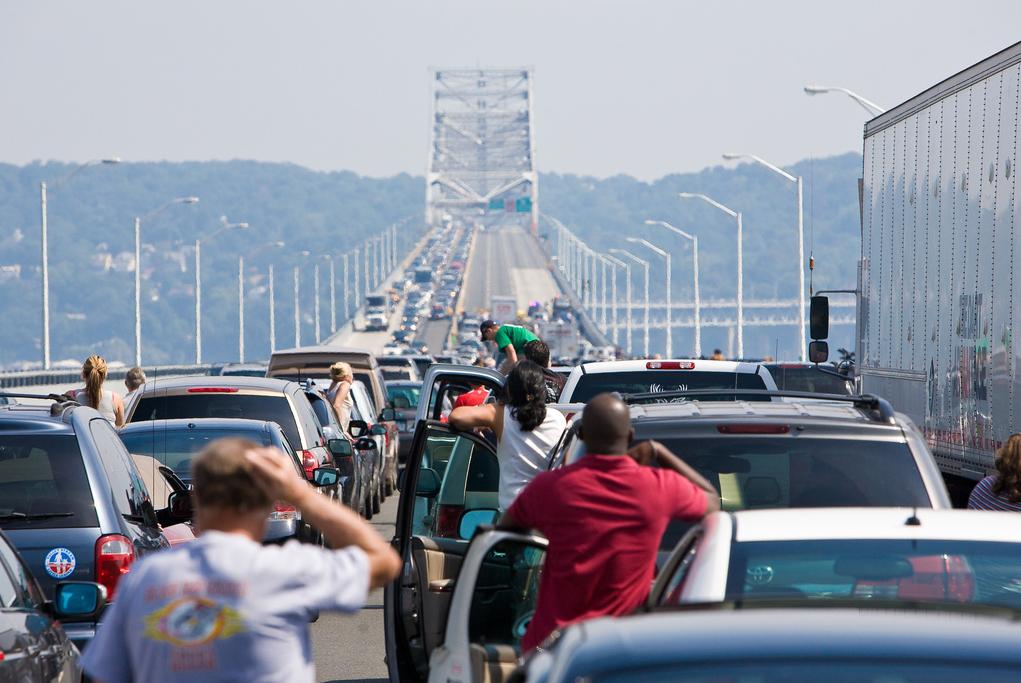 While traffic was often at a standstill on the bridge, the need for repairs never seemed to stop. The bridge had been in use for only five years before maintenance crews were busy on repairs and alterations: the concrete deck needed to be replaced because road salt caused deterioration; and then the bridge’s open drainage system had to be closed to prevent that salt from flowing onto and damaging the steel supports. A steel guide rail was added to the center median for safety but was later removed to make way for a new lane. By the 2000s, punch-through — holes in the bridge deck — were commonplace, eventually leading to the Thruway Authority to spend hundreds of millions of dollars to install precast deck panels.  In 1999, New York Governor George S. Pataki announced that the Thruway Authority was considering plans to replace the Tappan Zee Bridge. 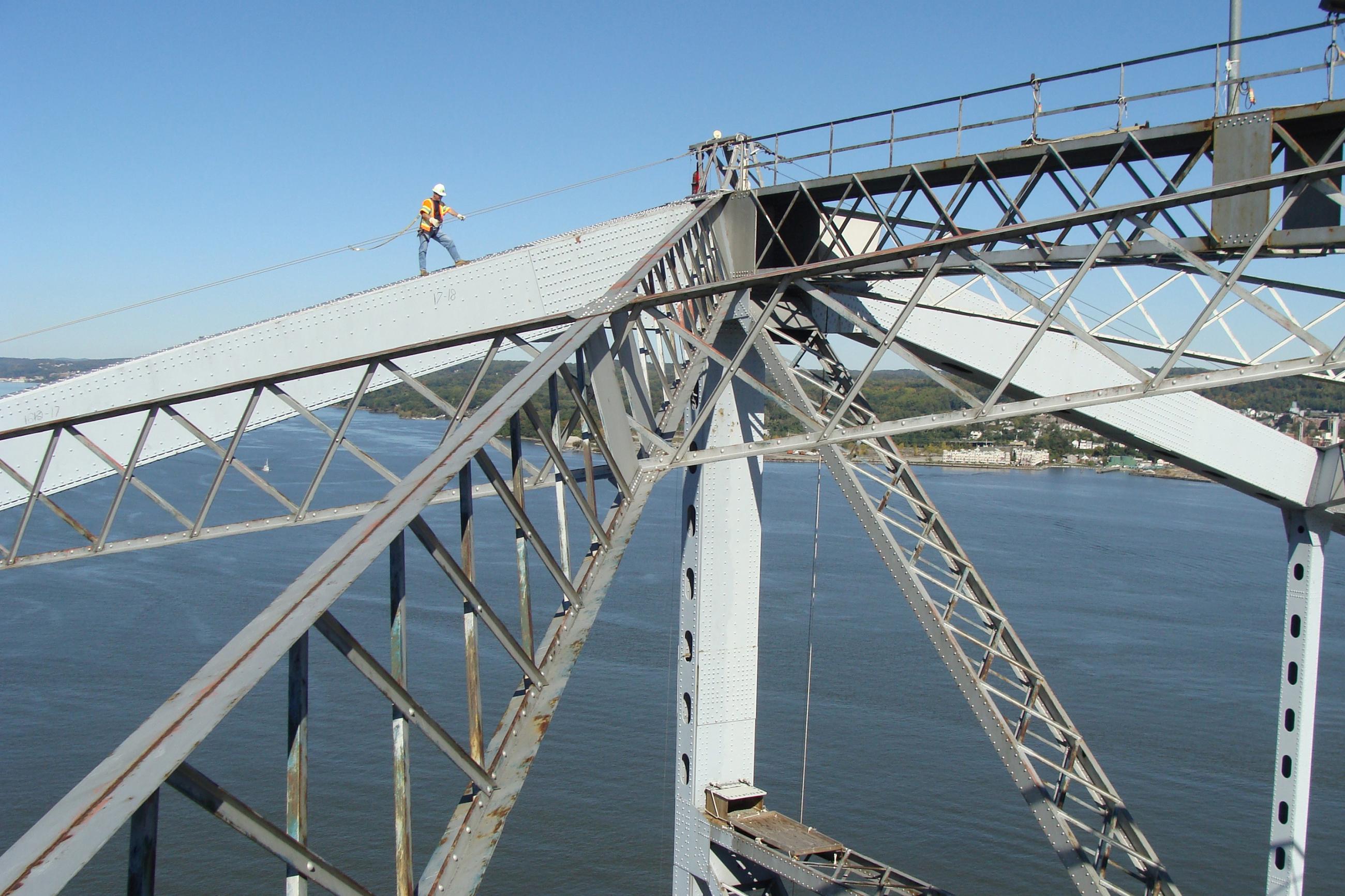 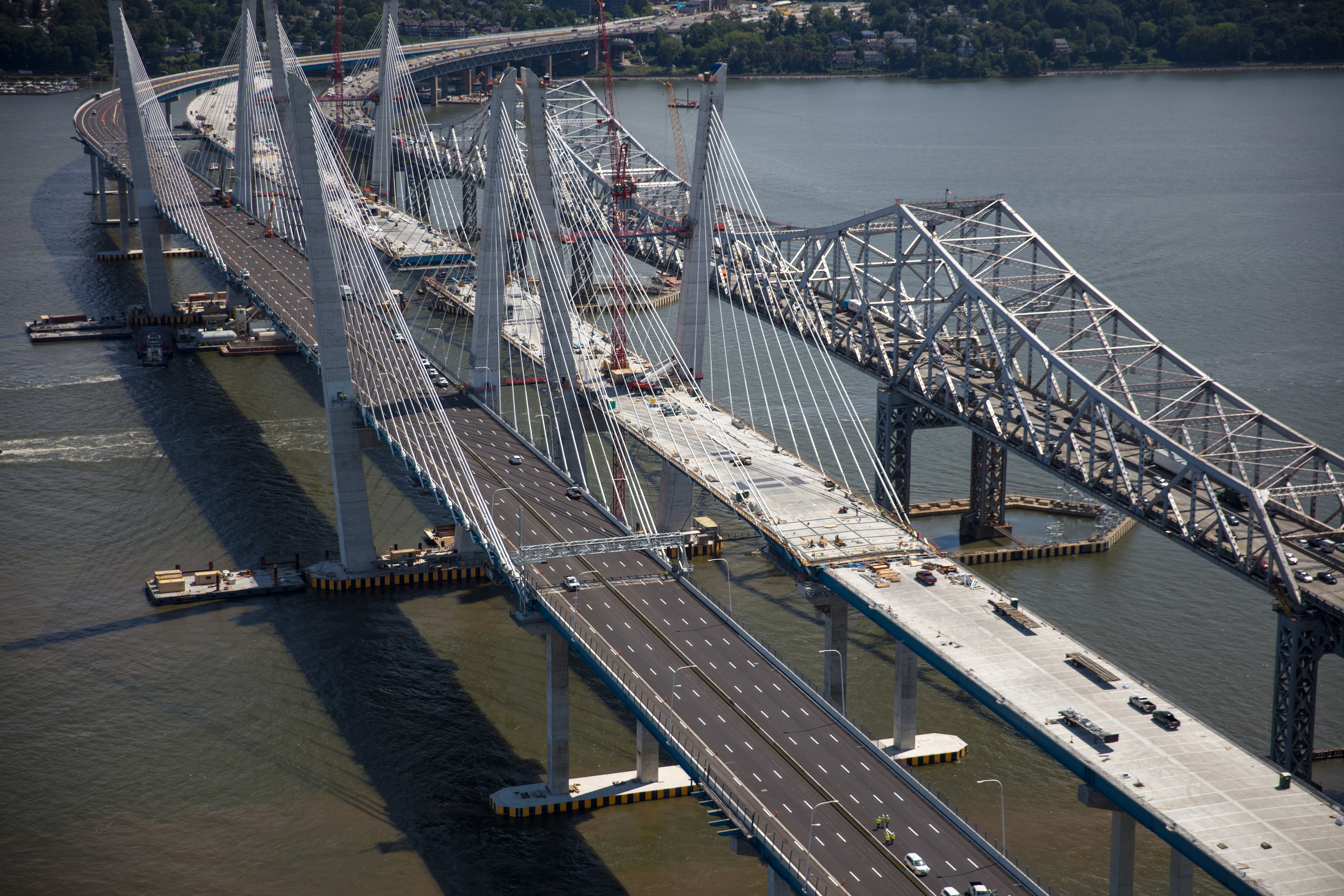 A thorough analysis of rehabilitation and replacement alternatives for the Tappan Zee Bridge continued over nearly a decade. Even before these had begun, inspections had revealed that some bridge components were nearing the end of their structural lives. The design and construction of the bridge did not permit widening or adding to the existing lanes, and the absence of breakdown lanes was a significant concern, in part because when an accident happened, traffic had to flow around it, which only added to the already serious congestion.

By 2009, the bridge was found to fall short of 21st century requirements for seismic and wind events. In the end, the evidence was unequivocal: replacement rather than repair would be more cost-effective, safer for drivers and better for the environment. In 2012, a cable-stayed replacement for the Tappan Zee was selected, and construction began two years later. But that was not the end of the Tappan Zee. During demolition, much of the old bridge was recycled, or reused for infrastructure projects and the creation of marine habitats off Long Island. 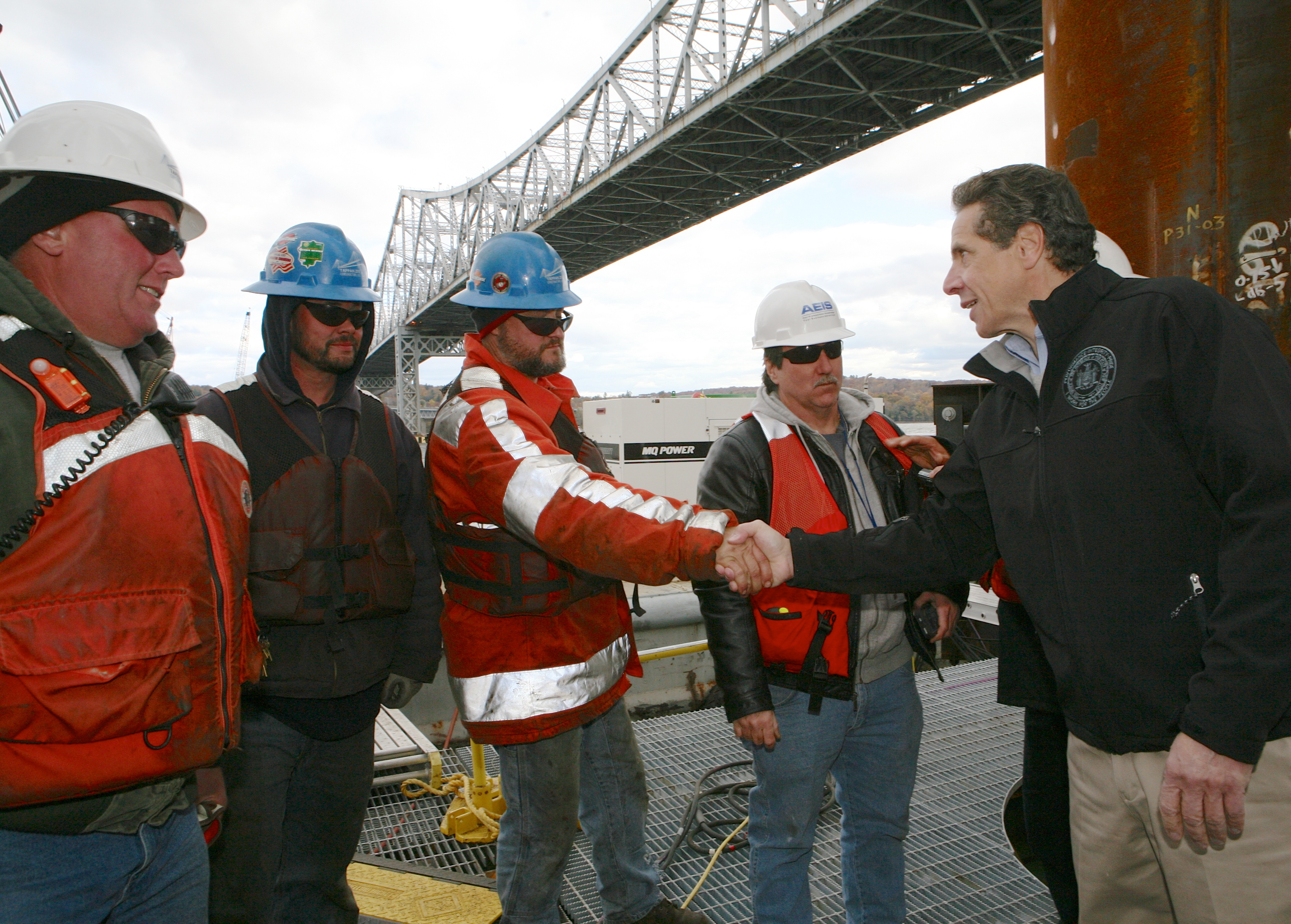 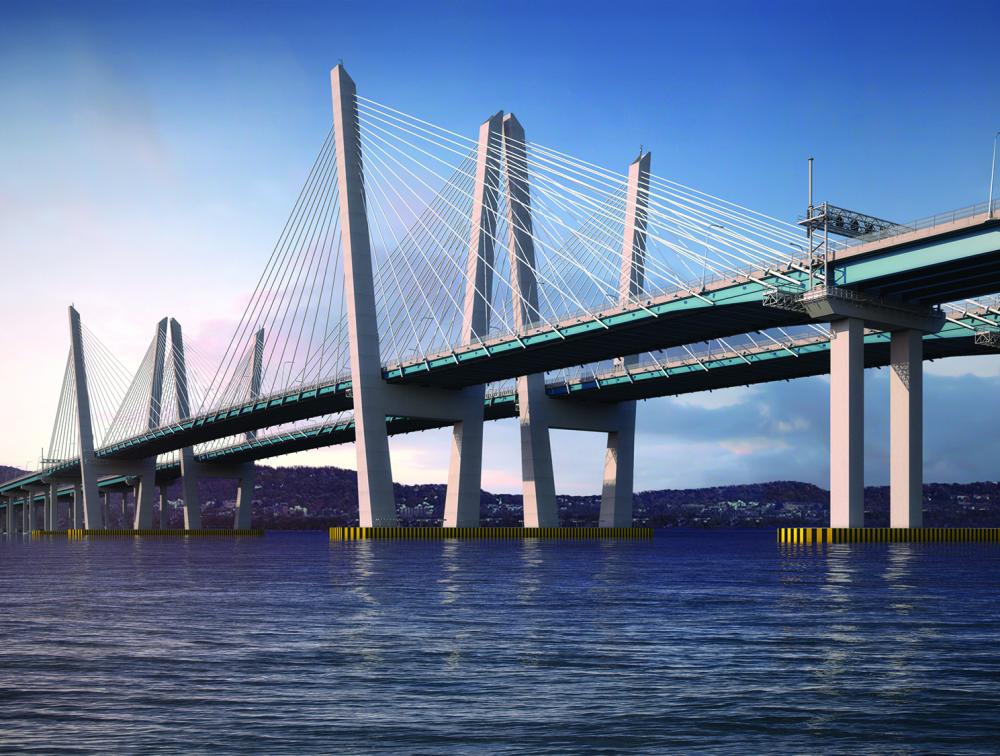 A striking example of innovative infrastructure renewal, the Governor Mario M. Cuomo Bridge is designed to last for more than 100 years without needing any major structural maintenance. The twin-span crossing carries goods, services and commuters through one of the nation’s most important corridors. Featuring dedicated bus lanes and a shared path for bicyclists and pedestrians, the bridge also was built with the capacity to accommodate commuter rail between its two spans in the future.